Methane itself is a non-toxic gas but the leaks and emissions we have documented around Europe could be hazardous for human health.

Methane and the volatile organic compounds released alongside it contribute greatly to formation of ground level ozone which can lead to premature deaths due to respiratory and cardiovascular diseases. Furthermore, other toxic gases and hazardous air pollutants are also emitted along with methane; these can lead to death as well as other long-term health effects.

Let’s get into the details of these methane related health concerns. 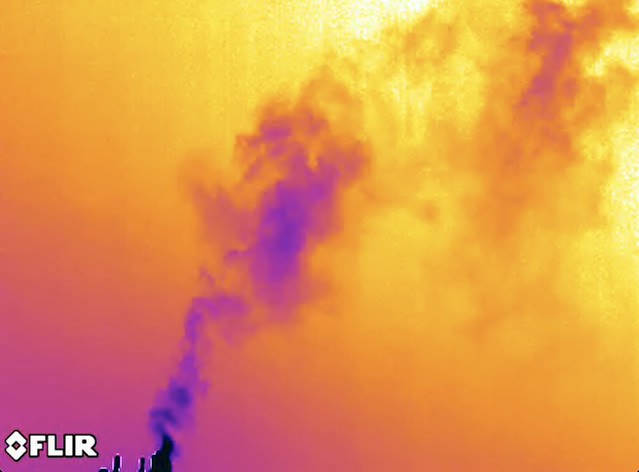 Methane pollution above a gas compressor station in Germany.

The International Energy Agency estimates that the oil and gas industry dumped more than 82 million tons of methane into the air in 2019 (Methane Tracker 2020).

Methane and other air pollutants from the oil and gas supply chain contribute to localized ozone smog pollution. Ozone smog pollution is sometimes called ‘smog’ and is harmful to breathe. If is formed when volatile organic compounds and methane emitted from the oil and gas supply chain combine with nitrogen oxides (NOx) generated by gas flaring and engines at natural gas facilities, reacting together in the presence of sunlight to form smog. What’s more, methane pollution from oil and gas facilities also worsens climate change, resulting in hotter weather and stagnant air — conditions that make ozone smog levels worse.

When inhaled, ozone smog can impair lung function, trigger asthma attacks, and aggravate diseases such as bronchitis and emphysema, in some cases leading to premature death. Children, the elderly, and people with existing respiratory conditions are the most at risk from ozone smog pollution, which can drive them to stay indoors in the warmer months when smog levels are highest.

In fact, the Global Methane Assessment, the most comprehensive scientific report on the impact of methane emissions, found that for every million tons of fugitive emissions abated, we can reduce 1,430 annual premature deaths due to ozone globally (740 from respiratory diseases and 690 from cardiovascular disease). They found that a 45 percent reduction of methane emissions can avoid 255,000 premature deaths and help prevent more than half a million emergency room visits from asthma every year.

For a more thorough analysis of the impact of ozone on health in the U.S., see CATF’s study Gasping for Breath. 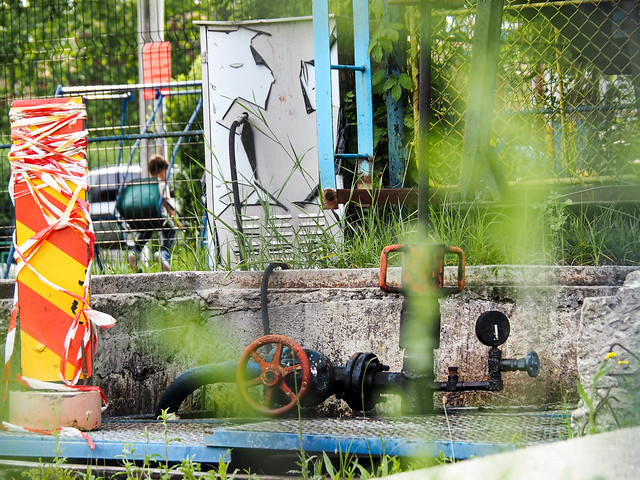 Oil well leaking methane and other associated toxic gases next to a playground at an apartment complex in Romania.

The fossil fuel supply chain releases a host of pollutants—toxic gases, smog forming pollutants, and greenhouse gases—that take a toll on our environment and our health. These gases can wreak havoc on communities that live near the production, transmission, and storage of fossil fuels. Some of these toxic pollutants are linked with elevated cancer risks and increased respiratory hazards, including benzene, ethylbenzene, and formaldehyde:

For a more detailed analysis of the effect on toxic air pollutants from the oil and gas industry see CATF’s study, Fossil Fumes: A Public Health Analysis of Toxic Air Pollution from the Oil and Gas Industry, as well as the review paper, “Impact of upstream oil extraction and environmental public health: a review of the evidence.”

In short, where we find methane leaking or venting into the atmosphere, we are likely to see increased health risks for any communities living nearby. This is one of the most compelling reasons for cleaning up methane pollution in Europe, and one that policymakers must confront as soon as possible.